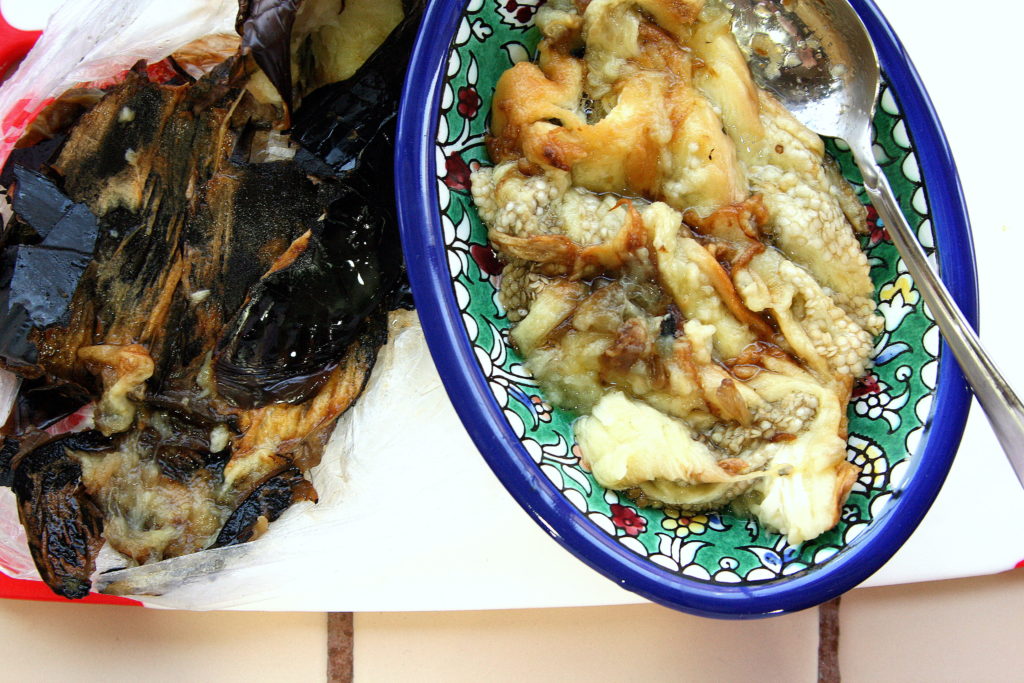 The thing I love most about coming from an Israeli family is the fact that I grew up eating and learning how to make so much amazing, delicious, and healthy food!

Most Israeli’s are big on salads, and have at least three salads on the table with every main meal. One of the most popular Israeli salads that I absolutely adore is called “babaganoush”, which is basically an eggplant salad made with lemon, tahini, eggplant, salt, garlic, and pepper- easy peasy!

Most store bought versions of babaganoush are filled with mayonnaise instead of tahini or are filled with unnecessary oils and honestly don’t taste too good. This recipe on the other hand will blow you away since it is SO easy to make, low in fat, and so so delicious! I love eating this salad with a good, thick slice of whole wheat pita bread or sourdough bread. My boyfriend loves using it as a dip for my homemade french fries. Try this recipe out and let me know what YOU like to eat it with in the comments below!

First, roast the eggplant on an open fire- you can place it on a rack or directly on a stove fire. Roast it on every side until you see the peel starting to get dark and the inside starting to get soft. Keep flipping the eggplant and cooking it on every side until the inside is completely soft. Place the eggplant in a plastic bag and close it tightly- this will make peeling it a lot easier! Let it sit in the plastic bag until it cools off, peel it completely, and cut it in half. Remove the seeds from inside, cut the eggplant into smaller pieces, put it in a bowl, and mush it with a potato masher.

Prepare the tahini sauce by first mixing the tahini with water. Keep mixing it and adding water until the tahini turns white and becomes softer/more liquidy. Then add in the juice from the 1/2 lemon, garlic, salt, and pepper. Pour this sauce over the eggplant and either mix everything together or leave as is.

You can also sprinkle it with some chopped cilantro- yum! 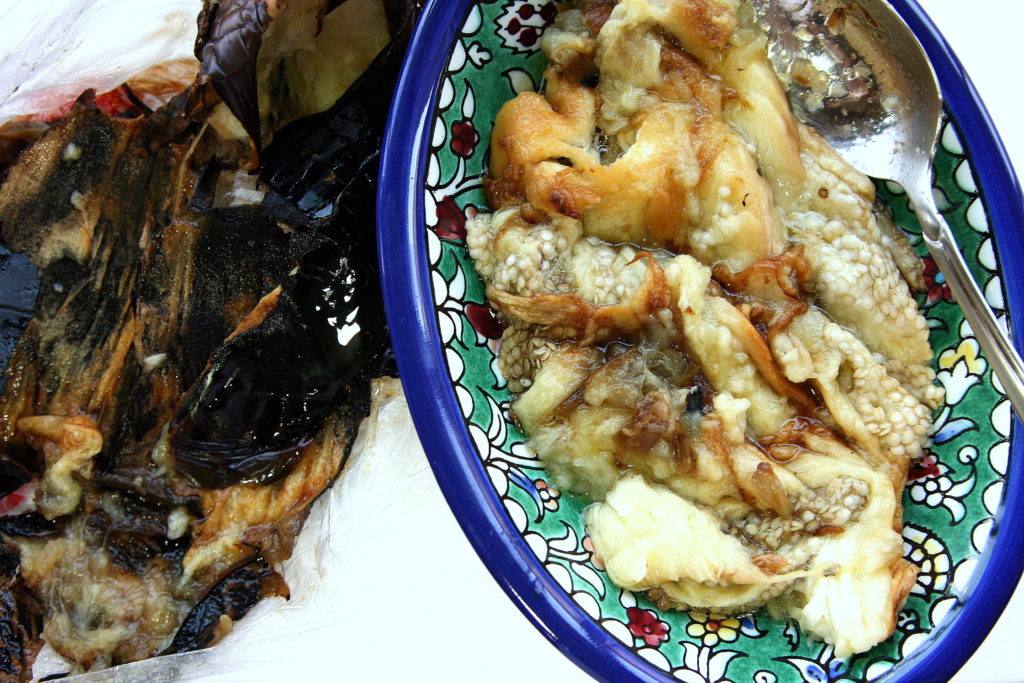 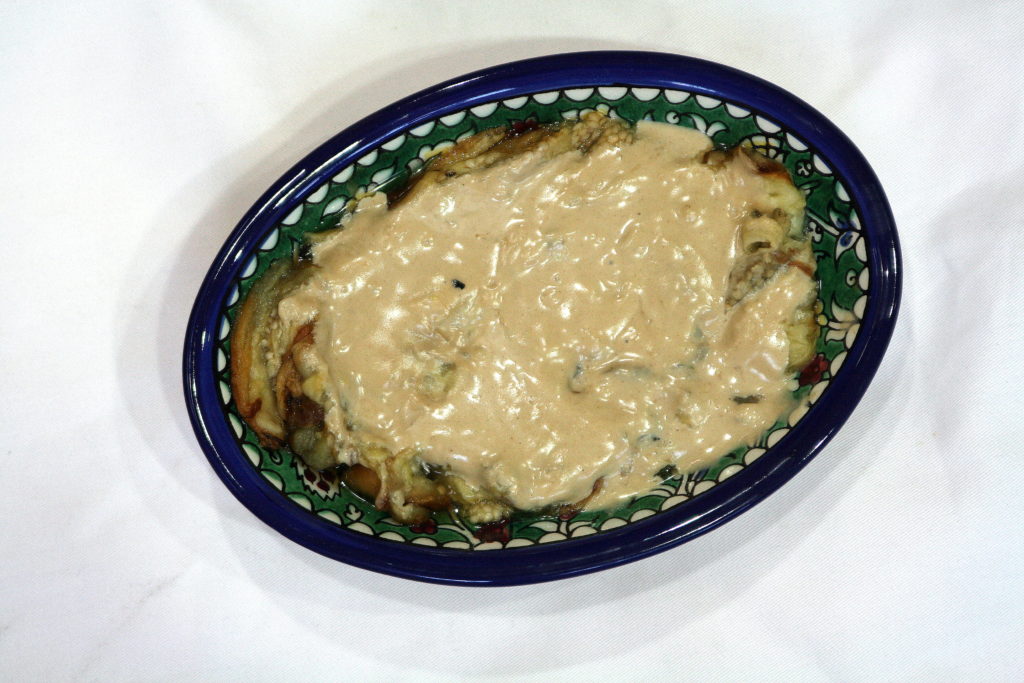